From Commander to Contractor 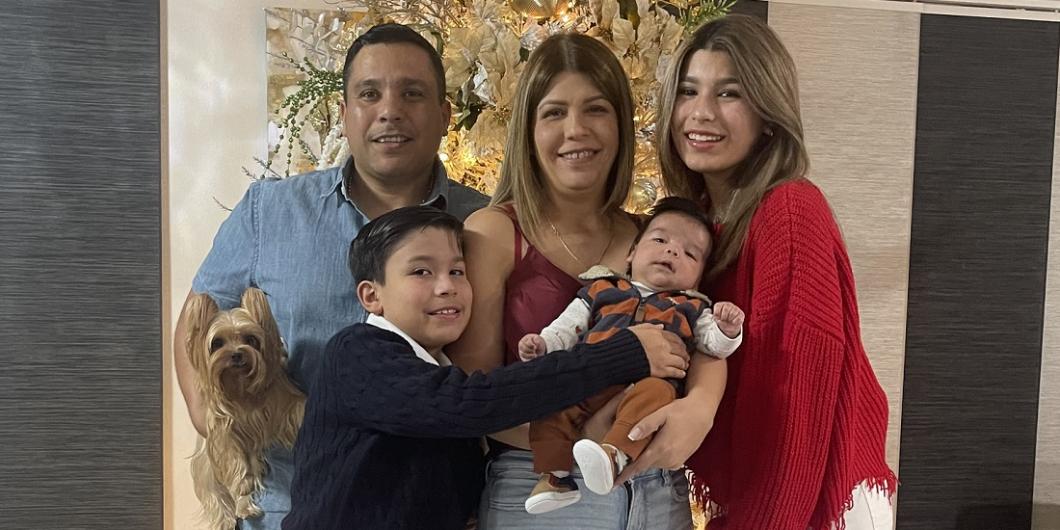 As an army captain with two young children and 250 people under his command, you’d have thought Angel Figueredo had it made. But such was not the case for the Venezuelan military man, whose career kept him away from his family and who eventually ran afoul of the government and wound up performing his duties as a captive of the regime.

Figueredo disagreed with some government policies, and for six months was held as a political prisoner. He did his job but was locked up when the work was done; then a fortuitous happenstance provided him a way out. “I was working at an airport, and I was at the front of the entrance for a plane bound for America,” he said. It was an opportunity not to be missed. Someone told Figueredo that it was time to take the chance. They helped him get on the plane, and he flew to freedom. Hours later he landed in Tampa carrying nothing but a knapsack with some toiletries and the clothes on his back.

That was 2015. Fortunately, Figueredo had a cousin in Tampa. He called his relative who helped him get a foothold and very shortly after his arrival helped him get a job painting. He’d up to this point never picked up a brush, so along with the culture shock of landing in a new country with zero advance planning and a language barrier, he was going from a military command of 250 to being told what to do in a trade he knew nothing about.

“I had no clue about painting,” he said. “It was no easy journey because when you are out of your comfort zone, it’s hard to start a new job — new work that is not normal to me because just a few days ago everything was different.” With all these changes hitting him at once while his family and finances were nowhere nearby, Figueredo quickly concluded that he wasn’t cut out for cutting in, that perhaps he wasn’t cut out for life in these United States. “I called my wife the first night crying that I can’t do this,” he said. “It was terrible. Margareth, my wife, she said to me please don’t abandon what you’re doing. Don’t give up. Keep painting because that will be our new life.” Realistically, there was no choice. To return home would mean capture for betraying the president. Angel Figueredo was a wanted man.

His new boss, a Mexican immigrant, taught him how to paint, and Figueredo quickly adapted, learning tools, equipment and techniques. He was set to work painting at Tampa’s Brighton Shopping Outlet, learning as much as he could about the trade and working to get his family up to the U.S. to join him.

Soon he met some other folks, this time from Colombia, who showed him how he might start his own business. Remember, he’s good at being in charge of things. With his wife who had recently arrived stateside, they created Dima Painter shortly before the end of that year with Angel as president and Margareth as VP.

It was still touch and go, but Angel and Margareth made a pact to give Dima three months. If after that they hadn’t signed up any clients, they would close up and he would try a new profession. Two weeks later they inked their first contract for painting several rooms at a nearby university. “It was a lot of work,” said Figueredo. “It was magnificent!”

From there, Dima began to specialize in that kind of work: painting dorms, apartments and other multiunit properties. Angel has since studied and been certified in various disciplines, for example, decorative painting and on the other end of things, mold remediation. He’s got a team of about 16 painters, many of whom are in the same situation he found himself in when he landed in Tampa with nothing but his name. Now with several years of success at his doorstep, he devotes a lot of his time to helping other new arrivals acclimate to life in the states and bring their families out of what are often difficult and dangerous circumstances.

Figueredo’s career as a painting contractor has another huge benefit: he can now be a full-time father. “With my job in Venezuela, I didn’t have time for my family because I was working so far from them,” he said. He might see his family a few days here, a few days there, but on the whole, he was away from home. He missed the milestones in his children’s lives: first steps, first words, starting school; there are many once-in-a-lifetime memories he had to do without. Now after work, he can see his kids every day. He can listen to his daughter’s progress in playing violin and encourage his son in basketball. There are plans to travel, even catch a hockey game or two up north. Along with that, a new arrival in the family is giving him the chance to participate in the events he missed with his older children. “My little boy, he’s three months old,” said Figueredo. “I try to share the moments that I didn’t live with my other children.”

This is what inspires him to help others in the same situation, to give them a similar chance for the opportunity he now has. “There are so many families that still have their kids over there and are struggling right now,” he said. “That’s what makes me want to help people, so their lives can become easier and better.”

Looking ahead
Another issue is the language. After seven years his English has significantly improved, but it can still be a struggle to put thoughts together in a new tongue. He’s a better English speaker in person than on the phone, and his daughter helped interpret during our interview. Where words may fail, though, his work speaks for itself, and clients who give him the chance are not disappointed. “I explain my situation, that my goal is to work and to be great in my new profession,” he said. “I offer my warranty, my labor, and my values. I say hey, my English is not very good, it’s not perfect, but if you give me the opportunity, I will make sure that I give you the best of our company to complete the job.”

Dima has plans to branch out from here; Figueredo is in the process of hiring and training new employees; and along with painting and home improvement, he’s looking to get into flipping houses and other real estate ventures. He’ll continue helping and inspiring others, sharing his experiences from the scary first weeks to his current success. “I explain to them my situation, that just days before I got here, I worked in another country with another job with different responsibilities. Maybe they can’t see it. They say, ‘I have the other profession; I can’t do it. I can’t start from zero.’ But I tell them they can do it, that in the United States you have new ideas, new opportunities. It was a great opportunity for me. I want to let other people see that if I can do it, they can do it too.” APC 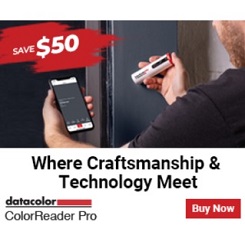 Discounts on a Datacolor Color Reader

Save $50 on Datacolor ColorReader Pro!

Should I Raise Prices?

When I was asked to write this article, I decided I would do an…