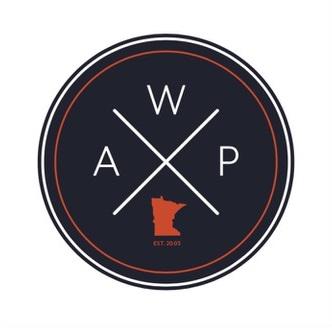 Eric Craine wants to take a vacation, but he’s not sure he can afford it. It’s not about money, it’s about time. Turns out that even if time is money, it doesn’t mean you can drive a switchback where money is time. Plus, a vacation isn’t a vacation if you’re worried about the troops back home. That said, Mission: Vacation is not about whether Eric deserves some time away… sure he does! This is about whether he’s willing to put in some work so he can have that time to play – and beyond winning a vacation, have the freedom that owning a business is “supposed” to provide. Can he unchain himself from his own hands? We’re rooting for him!

Speaking of switchback, let’s back up – if you’re thumbing through APC for the first time, even the second, we should explain. Mission: Vacation isn’t just about Eric Craine. It’s about everyone in his boat. About business owners who are owned by their business, who are afraid that the sandcastle they’ve been building grain by grain will collapse if they’re not there to guard it from even the mildest of encroaching waves.

Can you leave your company for a week? Two? Afraid to take lunch? As much as people pride themselves in saying “this place would fall apart without me,” that’s not sound business strategy. Craine’s growth is logjammed, and he’s ready to make some important changes so that he can take time off while giving his staff the power and knowledge to steer the ship in his absence.

In this series of articles and podcasts, we pair him up with Brian Nolan of Nolan Consulting Group, a business coaching organization that helps paint contractors become their best selves and empower their team to do the same… and… well… Brian and his team are going to help Eric get his poop together.
If he does, we have $3K in vacay money waiting for him. If he doesn’t, back to work.

We’ll quote a business owner who said, “I don’t need you to tell me what’s right with my company; I want to hear what’s wrong with it.” And that’s what we’re about to do here.  Obviously, this program isn’t for the contractor who already knows everything – it’s for the contractor who wants to learn. Let’s meet Eric Craine, take a look at his sandcastles, his metaphorically bound hands and why he reached out with them to be a contestant on Mission: Vacation.

Craine started out in construction, and he might have stayed there if it weren’t for living in northern Minnesota. He eventually took a job with a painting crew so he could work inside during the below-zero winter, and before he knew it, he had developed a skill. “I always said I accidentally got good at the craft because I never set out to be a painter,” he said.

In 2003 he went out on his own and established All-Ways Painting in Ironton, Minnesota, about 125 miles north of Minneapolis. He provides service to several cities and towns in that area, but also throughout the state; a smaller branch of the company, run by a former crew member, operates in Wisconsin.

The company name is a blessing and a curse. Sure, he can paint “all ways,” but what he doesn’t want after nearly two decades is to be “always painting.” With a wife and young children, interests of his own, and some beautiful Minnesota scenery at his fingertips, he’d like to be able to delegate some responsibility past his eyelashes and pursue a life after quittin’ time.

One of the beauties of painting, he says, is the immediate gratification you get by looking at the progress of a job; how a wall or a room looks after you’ve put in the work. Now he’s ready to put that same effort into the operation side of the business. “It’s different now because I’m not always on-site,” said Craine,“but my favorite thing about painting was always at the end of the day when you could see the progress. Now in the office it’s a little different, but hopefully with Brian and his team we can start to see daily and weekly progress as a company instead of just with the projects every day.”

Eric was intrigued when he read Mission: Vacation last year. He floated the idea to his wife, and while she’s not part of the company in one sense, she is in another – she listens to his triumphs, travails and tribulations at the end of each day. When Craine brought it to her attention, for both their sakes she encouraged him to enter. “She said, ‘You have got to sign up for this; what do you have to lose?’” he recalled. “She’s always been a part of this business. Even though she doesn’t work on it at all, she is the person I bounce things off every night and has always been a support there.”

Growing Out by Growing Up

One thing Craine wants to change is to have more people guard that sandcastle – have more people want to – and eventually have that sand turn to stone. Right now, he concedes, talented and ambitious painters don’t have much reason to stick around. “I really hope to get a team mentality around here. We have really, really good guys,” he said. And while Craine can motivate them to paint a good project, he can’t seem to paint them into a long-term future. “I think a lot of times they feel there’s no place to grow here,” he said. “They state that even though they like working here, they feel this itch to either go out on their own or start up with a bigger company somewhere else. So a path to growth would be good. That team mentality is really important to me.”

Craine is also looking for coaching to help him grow the company and determine what changes might help him step things up to that vaunted next level. “I keep hitting the same gross sales numbers,” he said. “We can’t seem to push past the employees we have in order to attract new talent. We’ve turned down work just because we don’t have enough employees to get it done in a timely fashion. We’re at that cusp of where ‘what I know’ has taken us, and I know I’m the one that’s in the way of the next growth, because this is what I know, and I keep returning to it. I need somebody to push me out of that.”

Along with increasing the size of the staff, he wants a bigger shop. Currently he’s operating a 40x100-foot facility that includes both the shop and the offices. “I’m like most painters,” he smiles. “I started in a little attached garage and then went to a bigger detached garage. We have around three or four full-time employees in the shop right now. And we have anywhere from 10 to 15 guys out on-site, depending on the season.”

Craine’s office staff consists of an HR person, a bookkeeping A&R person, and an education and development person… oh, it’s all the same person. She works two days a week, and while she excels at HR, she’s mainly doing books, where she’s significantly less enthusiastic. “We’ve alked about how her hours probably need to increase, or we need more help,” Craine said. “But she has a young family at home, and I don’t want to lose her, because she’s very talented. One possibility would be to change her role in the company so it’s more fulfilling, which might mean hiring someone to pick up some other responsibility. 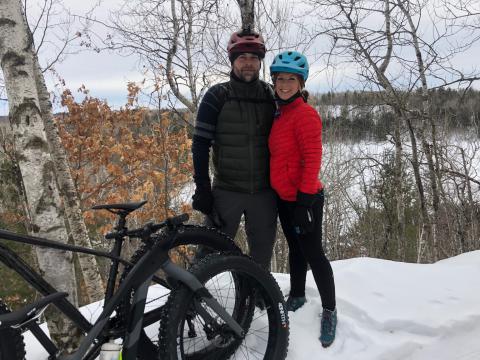 At this writing, Craine had just conducted his initial interview with Brian Nolan, who plans to switch up from last year’s Mission: Vacation format by bringing in more coaches to help with different areas of the business. It’s the hope of APC that those of you listening to the podcasts and following along in the magazine will learn some things to help move your own company forward.

The most important thing, as Craine acknowledged, is to have an open mind. On paper, he looks great! But there’s more to a life than paper, and there’s no point in moving from a sandcastle to a house of cards. “I’ve asked countless people to help,” he said. “I’ve had VPs or presidents of companies come in here … they look at the books, and they say everything looks good and they’ll be in touch, and then you’re on an island again. So I’m really excited to have a coach on my team for four months – and who knows how much longer after that.”

That way, perhaps the next time he’s on an island it’ll be thanks to his success on Mission: Vacation!

As many of you know, Graco is hosting a listen and win contest for a chance to win a  Graco Ultra® Max II™ 490 PC Pro Stand Electric Airless Sprayer. You have 19 chances to enter! This week's code is smart code. Visit the link here to enter. 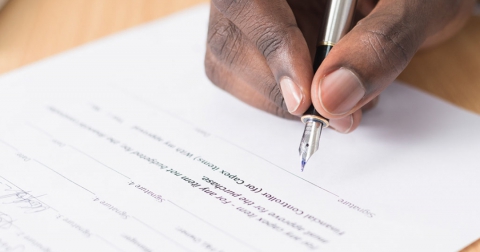 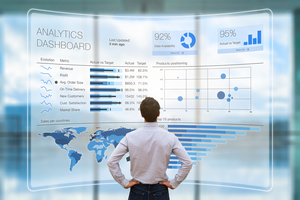 Last week we asked contractors, do you receive tips? See the results… 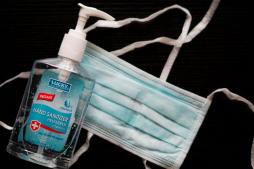