Everyone has to pay their dues, and the military is no exception; many Navy recruits start off their enlistment doing prep work – scraping old paint and rust from the side of a ship. It’s a long-time rite of passage that one veteran remembers from way back in the day. “It was my first job after reporting on board my first ship. Long Beach shipyard, February 1960,” he commented.

Now, however, laser technology might save the sailor from what’s commonly known as scut work – routine, menial labor. The Naval Undersea Warfare Center Division, in partnership with a company called Adapt Laser, has found that laser technology can remove the paint cheaper, faster, and better than putting sailors over the side.

While this may annoy the curmudgeon who feels everyone has to suffer through it, the Los Angeles Times once reported that the average ship can keep 16 sailors busy full time just with chipping and painting when they can be put to better uses, and that in fact this activity was rated on par with cleaning toilets and working in the kitchen.

Adapt Laser has already developed a process to strip away paint and coatings from the Air Force’s aircraft parts – but this recent development is the first time the Navy has considered the procedure.

Laser solutions not only absorb into and remove these coatings, but they do so without impacting the base material, the company explains. Should there be any lead-based paint, it is safely captured when removed so there is no secondary cleaning process needed.

Along with that, the laser paint-removal technology provides a completely clean surface, which eliminates the need for solvents to remove leftover oils, grease or contaminants. The ability to work better and faster means the boats can be put back into service more quickly, and that the Navy will have to find an alternative way to humiliate its new recruits. 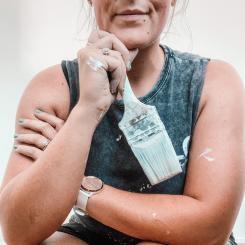 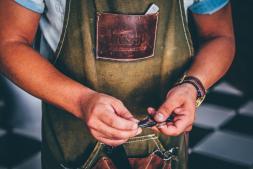 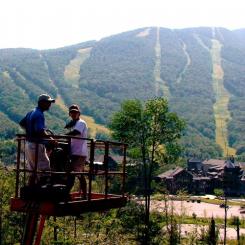 Jobsite of the Week from Eastern Painting & Refinishing 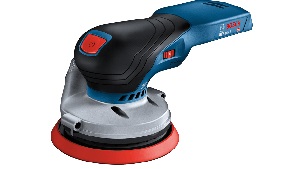 This 18V random orbit sander from Bosch features a well-balanced…