Our business coach, Brian Nolan of Nolan Consulting Group, has laid down the final challenge for Dustin;
he now had three weeks to complete three final assignments or his “Mission” would be “Impossible.” Dustin will soon report on his progress and Brian will grade his work. If you haven’t been following Mission: Vacation, tune in to Paint Radio and catch up on his progress!

Here’s the backstory: In March, we introduced you to our very first Mission: Vacation contestant, Dustin Zupancic, owner of Dreamscape Painting. He’s a second-generationpainter finalizing the transition of the company from his father to himself. He’s worked in all aspects of the businessand certainly has a vision for the type of company he wants to run. He has a wife and three small children, but has been working in excess of 70 hours per week to get things done in his business.

Brian Nolan of Nolan Consulting started the process by helping Dustin put together five “big rocks” that he would tackle during the Mission: Vacation challenge. He’s been coaching Dustin through the process of creating and implementing a vision eve  since. Over eight podcasts, Dustin reported
back to APC on the tactical and strategi  actions as well as the challenges that come with changing the structure and culture of an organization. Also in these podcasts, Brian coaches Dustin and the listeners through the process of setting a vision and putting systems and people in place – with the goal of allowing the business owner sustainable time away without having to worry that the business will be there upon his return. Dustin and Brian have been at it for months and have come a long way, so what are the final tasks for Dustin to complete before he can claim his vacation money – and his much-needed time off?

The President’s Job Description – A Test of Planning
Dustin has been working on creating his job description for quite some time now and there has been quite a bit of back and forth between him and Brian to finalize a description that creates true accountability for the president. “My job description was just ‘does everything,’ so it was an easy one to live up to,” he said. “It’s been great to think more critically. It helps me see the things that I’m doing now that I shouldn’t be doing and things I
can hand off.” Brian says that the “do everything” job description is very common in painting businesses and describes it as one of the most important and challenging rocks to move in order to live up to your potential as the leader of the organization.

“In a small company, it’s hard because the president has to play one of the roles, right?” asked Nolan. “They have to wear one of the hats, but they also need to have critical executive strategic bullet points in there because they’re the onl  ones who are looking six months out. When I read Dustin’s job description, I
gave him about a B grade on it – and want him to get an A. I want to see more strategies such as the annual business plan, how he will work with his key people on individual development plans an  how he’ll make sure the company has 90-day rocks or priorities that everybody knows and he’s tracking.”

Training Committee - A Test of Delegation

When Dustin originally thought about creating employee classifications and career paths, he envisioned this would be something that he would design all on his own. “I was thinking about the employee classifications and the learning pathways, and I was envisioning myself taking it from beginning to end and then handing it over to my team and saying, ‘here you guys go, it’s finished and ready for action.’”

However, Brian offered a different approach that threw up an entirely different challenge. Instead of building the programall alone, Brian suggested an employee training committee that would be responsible for creating the classifications and pathways.

As expected, Dustin was very reluctant at first. “I tend to be really particular in how I want things done and really specific about how I envision something and hesitant to release things,” he acknowledged. According to Brian, this is one of the key struggles owners have that land them in “the hour glass.” They build and own things, and because there are only doers and not thinkers in the organization, all things run through the owner. However, in order to have the freedom – to take a vacation, for instance – you need to build a group of leaders who have input and skin in the game. In raising up others, you raise up yourself. “You will still stay in communication. I’m not saying dump it. You are still giving your enthusiasm and support and resources behind it. You’re praising them and coaching them. Stay in tune as a leader, but don’t be the one to present all the end-game stuff. Let them take some of that work. Plus, they know it because they’re in the field. These guys know how these skills should look at different levels. Let’s get their input,” said Brian.

As publisher Andrew Dwyer has said multiple times in our podcasts, “you have to be coachable,” and Dustin certainly is,
so he was willing to consider Brian’s feedback more deeply. “One of my goals is to empower my team to grow in their leadership abilities and grow as leaders, to provide opportunities for them to excel and hand things off to them,” he said. “One of the most challenging things about handing things off to people is that at some point you actually have to hand it off, which is nice to talk about, but in practice it’s not always fun.” “I actually saw an epiphany on Dustin’s face,” Brian lit up. “It was a really cool moment as he realized that this is where true organizational change happens: when you can involve other people in the process of leadership, when you can give other people opportunities to advance.”

In the end, the last deliverable that Brian wants to see on the career pathways is Dustin’s plan for this committee. “I’m gonna need to see the project charter complete for the learning pathways program; he’s got a template and the project vision for it.”

Aspiring Leaders Program – A Test in Development
If you are lucky, you have people in your organization who aspire to more. If you can’t help them on that journey, you’ll risk losing them. For this final rock, Brian is looking for development of the aspiring leaders program that chooses motivated people in the company and gives them special developmental tools and time. “I believe this is going to create leadership, intellectual capital and business for years to come, and get other people from being doers to thinkers. I’m going to want to see an aspiring leaders calendar, a schedule of topics on a calendar and a template for how those sessions are going to go,” he said.

As you can see, each of these three tactical tasks that Dustin has to complete aretied to building that larger strategic change that Dustin is working to achieve – to get to that place where he is not the person with all the ideas but a curator of ideas, a developer of thinkers, a leader of leaders. Did he get the right structure in place and win the vacation money? What were the mind-bending lessons he learned while tackling these challenges? Dustin’s got a destination picked out, but the question is: Can he get there? The podcast airs this month, so go to www.paintmag.com/paintradio to find out if Dustin wins, plus pick  upsome great tips for running your business as well! APC 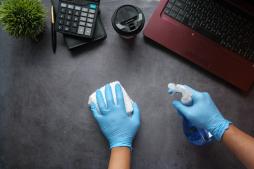 Should You Add This New Service?

Many painting contractors are open to offering customers the… 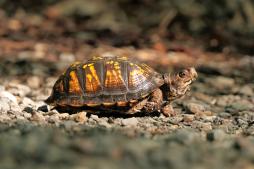 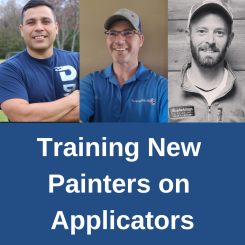 In My Experience: Training Painters on Applicators 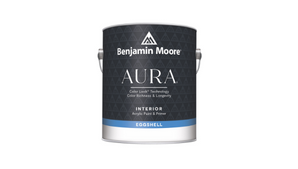