It gets busy. A customer calls asking about a project. Another texts, an email comes in, and Shawnna Rose tries to make sure no one is kept waiting for a response. Including her family, since it’s going on 10 p.m. “Sometimes it’s overwhelming,” she said. “They might think they’re the only ones calling, but they probably don’t realize there are several of them doing it at the same time. Sometimes I put my phone on silent and forget about it just for a day or so.”

Three and a half years into owning her own business, her success has kept her busy, but Rose still is working out a few bugs since making the switch from working for someone else. “There’s a lot more to keep track of,” she said. “Trying to keep customers happy and on schedule can get really stressful for me. I make sure to answer people — I never want to be the person that doesn’t answer people — but a lot of that going on while I’m still trying to work has definitely been craziness. I would say my biggest challenge has been keeping customers happy and my schedule straight.” 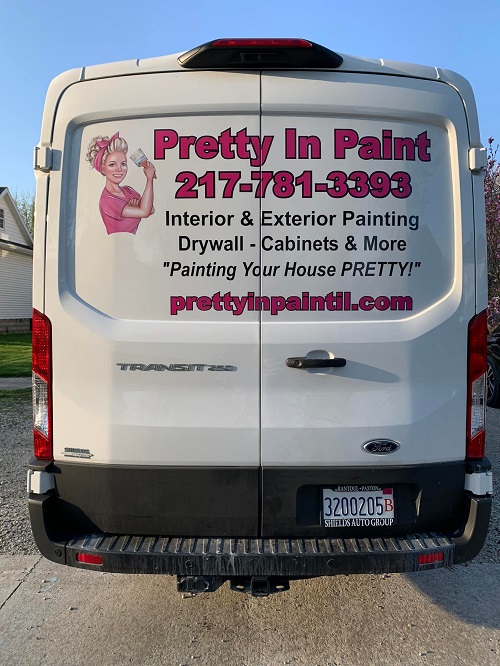 When we called for our interview, Rose was up on a ladder putting some finishing touches on a 200-year-old home in her hometown of Paxton, Illinois. The city is proud of its old houses and has included many of them in a historic homes walking tour. Located a half-hour’s drive north of Champaign-Urbana, her company, Pretty In Paint, services that area along with Kankakee, Gibson City, St. Joseph, and other cities in the region.

As a lifelong Paxtonian, she enjoys restoring some of the historic structures she used to walk or ride by while she was growing up. “I’ve been painting about 12 years,” she said. “I started working with a friend, but I was the only female, and it was just harder, so I started my own business.”
It’s definitely been a leap from employee to employer. Right now, she has a crew of three, including her husband, who left his job to join the company when business started picking up. “I’m still figuring things out,” she acknowledged. “I go to work with them usually every day. I’m so busy, I have to! But I also go to job estimates, and I can leave them alone if I need to.”

Pretty old homes
Shawnna especially enjoys getting up high and restoring her city’s landmark Victorian houses. “I have been on a ladder all day and on the roof of a 19th-century Victorian that we’re doing now,” she said during the interview. “It has the original roof. We’ve done a lot of the old historic homes, the old lip siding,” she continued. “Those are usually my favorite; my husband doesn’t like them so much, but the reward at the end is awesome. I like the older homes. We also like doing cabinets, and I like doing drywall a lot. I like the finishing part — mudding, taping, and matching. I’m really good at matching textures.”

Pretty much on time
People hire Pretty In Paint because Rose and her crew do a lot of the work other contractors seemingly don’t want to. That includes things you’d expect — using drops and cleaning up after themselves. “I pay attention to detail and definitely to keeping things clean,” said Rose. “We clean up extensively every day. We cover things, and that’s definitely a big deal. The customers mention, ‘Oh, so-and-so was here, and I see you covering the floors, and they didn’t cover my floors,’ — things like that.”

The crew has mastered other difficult tasks, like showing up to work — on time, even. Rose likes to do projects one at a time so she can focus on where she’s at and not run from place to place. “I try not to do multiple jobs at once so I’m not ignoring certain customers for a long time or pushing customers back. I have a list. I go down my list and stay on schedule.”

Pretty up the pool
Her personal stake in the community has led Rose to do some charitable activities; she has great memories of the Paxton public pool and wanted to make those memories available to her own children and others in the city. She took part in the effort to bring it back to life. “The pool had been closed for about four years, I believe, so a committee in town was doing different things to raise funds to restore it. They had a community day where the kids had bounce houses and stuff like that, and I volunteered to paint there,” she said. “I painted the locker rooms and the office and the concession stands outside of the building. I did that at nighttime usually. I grew up in that pool, and I wanted my kids to be able to be in the pool. They opened it just last week. So we did it! The whole town worked together.” 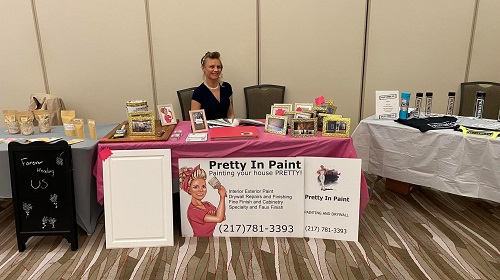 Paxton is a city of about 4,500 people, and with a smaller pool of painters to choose from, finding reliable and talented help can be a challenge. At first, some workers she hired never showed up, and those who did wouldn’t stick around to finish the job. That’s what brought her husband on board, to make sure she had someone who would show up and help out. Her employee Max has been with her for about a year, and Dave, an experienced painter they hired through a Facebook ad, just joined up recently.

Like many married couples on the job, it can be hard for them to turn it off when it’s time to pack up the paint. “I try not to talk about it; we make sure to go out and do stuff on the weekends and try not to talk about work.” But there are those late-night phone calls, and Rose has to decide whether or not to take them. It’s important to get the business, but it’s important to leave it behind for a while as well. They enjoy flea markets and visiting her in-laws, who have grounds with a pond and space for four-wheeling and camping.

Pretty much do it
Her advice for other women considering starting a business: sure it’s a challenge, but what isn’t? “You don’t know that until you try it. Don’t feel like you can’t do something just because you’re a woman.” Then it was back up the ladder; the summer turned out busy, with some long days doing exteriors in the Midwestern sun. Rose feels the same satisfaction that overtakes many painters and contractors when they realize they’re making a difference for their customers and community. “It’s the detail and making something that looks so old and rundown look new again and stepping back and being like, oh, I did that.”

Check it out at www.prettyinpaintil.com! APC

A Plus Bro's P… (not verified)

Never stop doing what you love!

Shawn, with A Plus Bros Painting and More LLC wanting to say thank you, for all inspiration. Been fallowing ur company for some time now.

In reply to Never stop doing what you love! by A Plus Bro's P… (not verified)

Thank you! For your kind words! Definitely love our trade! 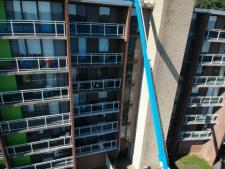 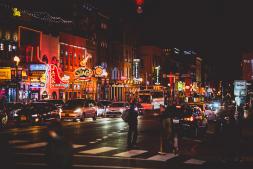 PDCA Commercial Forum Conference to be held in Nashville in October 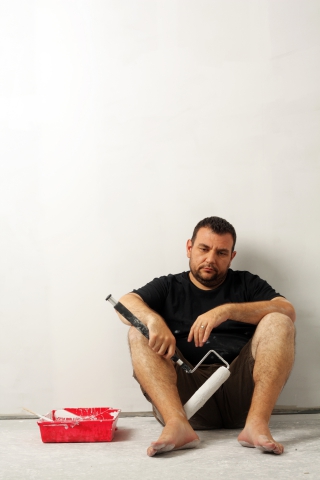