It may sound like a larger burden than it is, but California is now one of 14 states requiring employers to offer workers a retirement plan. Good news is, employers can simply grant their employees access to the state-run retirement plan, a process that actually requires very little effort from employers. But make no mistake – if you don’t comply, you’ll be fined…heavily.

The California secure choice program, otherwise known as the Cal Savers retirement plan, is a mandated retirement program designed to help workers whose employers don’t currently provide the option of a 401K or other retirement plan. As many retirees are finding it difficult to live on Social Security or other pensions, this plan is designed for workers, especially low-income employees, to be able to invest more into their own future.

The mandate initially went into effect in September 2020 for companies with 100 or more employees. Last June it added companies with 50 employees, and last week it kicked into gear for companies with five employees or more. Any employer who doesn’t have a retirement plan in place is required to offer this to their workers, who will then be automatically enrolled.

While the program does not cost the employers any money, the penalties for noncompliance are substantial. Employers need to either register to participate in Cal Savers or apply for an exemption based on their current retirement plan — those already offering a plan are not required to participate. An employer who is non-compliant for 90 days is subject to fines of $250 per eligible employee. After 180 days, the fines double to $500 per eligible employee.

Once you join the program, the employees will be enrolled automatically, where they’ll have 5% of their pay deducted for investment into the plan. Employees have the option to increase it 1% per year until it reaches to 8%, or to opt out entirely. The program is being handled by a third party, so as an employer you will have no fiduciary responsibility for this. According to the CalSavers website, the program, coupled with California’s $15 minimum wage, can bolster a low-income worker’s retirement income by 50%.

It's not just California, however, according to The Georgetown Center for Retirement Initiatives, 14 states and two cities have already implemented programs of this nature, and at least 46 states are considering legislation or studying the potential of this type of plan for the future. The states may have their own agenda, according to a study conducted by the firm Segal Consulting, retirees who participate in the plan may stay above the poverty line and save states money on Medicaid and other social services.

The courts weigh in

Not everyone is a fan of this for a variety of reasons, in fact, some organizations decried the plan as illegal. As reported by Daily Breeze, a Torrance, California news organization, in 2018 the Howard Jarvis Taxpayers Association filed a lawsuit to challenge the program stating that its mandatory nature would impose burdens and risks on private employers. The program as it stands was upheld by the Ninth Circuit U.S. Court of Appeals, with the reasoning that CalSavers isn’t preempted by the Employee Retirement Income Security Act, because while it’s run by the state it doesn’t force employers to create their own benefit plans.
While the Trump administration supported the lawsuit, the Biden administration directed the Department of Labor to withdraw its support. This suit was brought before the Supreme Court, which earlier this year declined to hear the case, leaving the program in effect.

Employers are enjoined to keep their opinions to themselves, whether for or against it. The website for 401GO, a company that designs retirement plans for small business, states that, “It is illegal for employers or staff to express any opinion either in favor of or opposed to, either encouraging or discouraging participation in the CalSavers program.” The CalSavers website corroborates, saying, “Employers are not permitted to endorse the Program or encourage or advise employees on whether to participate, how much (if any) to contribute or provide investment help.”

Once enrolled, continuing participation is voluntary, however 401GO suggests that some workers, especially those with limited English, may not understand the reason for the deduction or the option to opt out. 401GO also notes that participation fees may be higher than other retirement plans, costing the contributor a lot of money in the long run.

According to an article published by Human Interest, a business and retirement planning organization, most states already have a state run retirement program in effect, but, it continues, the jury is still out on whether these programs have helped or hurt. While the number of contributors to Cal Savers has more than doubled over the past year, the article states that the average contribution was less than $150 per month, and more than half of new accounts had less than $500 in them by the year’s end. There was a high percentage of opting out, and the article echoes an oft-lobbed criticism that the investment options are limited.
If you are located in California and have five or more employees, this might be a good time to learn more if you are unfamiliar with the program. Access the CalSavers website here.

CalSavers | A simple, trusted way to save for retirement

What is CalSavers? What employers should know | Human Interest 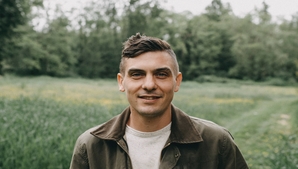 Meet Our Winner of Mission: Vacation 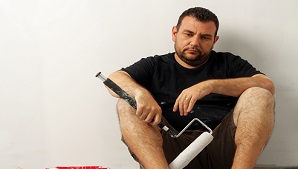 Every contractor has stories of difficult customers.