A couple had to make some repairs to the drywall around an office window after contractors installed new windows. The previous finisher was no longer in business, so I was called in to do the repairs. I did some sleuthing and was able to determine the colors and technique used. I only repaired the areas that were damaged and did my best in blending them into the wall.

Here’s how I did it:

When touching up wallpapers, there are two directions the work takes. Sometimes it’s fixing faded areas because something, like a hanging picture, has been removed. In other cases it’s repairing a hole when something like an electrical box has been removed. In one recent project, muralist Sharon Leichsenring, owner of Leichsenring Studios, had to find solutions to both types of problems.

Leichsenring’s typical method is to apply adhesive backed mesh to the area, followed by several coats of compound. She then sands, primes and applies a matching basecoat. However, in this case she couldn’t tape off the area because the paper was old and the tape pulled the paper. In addition, another artist had attempted to repair the paper prior to Sharon’s arrival, but the colors didn’t match and the repair was very noticeable.

It’s not impossible to make repairs to a decorative finish or camouflage unwanted fixtures so that they do not interrupt the eye when gazing upon a beautiful interior—but it does take practice and careful study in order to make a seamless and unnoticeable repair. Like I always say, “good faux is hard to find,” and should be hard to find if done right.

Deanne Lenehan is owner of Lenehan Studios, and a member of the International Decorative Artisans League. Learn more about Lenehan’s work at lenehanstudios.com. 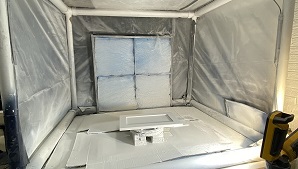 If I Only Had a Booth

Things I learned about booth safety before I even had one. 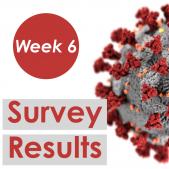 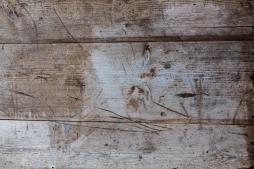 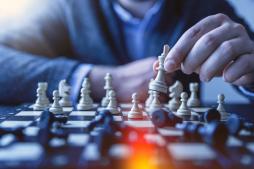