Just like many of your customers, color schemes and choices even at the level of the President of the United States can make an impact and create a bit of a flap. And just like your business, the top levels of the U.S. government are facing worker shortages and supply chain delays. The current issue over the colors of Air Force One, the plane used to transport the POTUS, shows just how important choosing the right color can be, and that sometimes — especially when lives are at stake — it’s important to consider color for more than just aesthetics.

The colors of Air Force One, white with two shades of blue, have stayed pretty much the same since the Kennedy administration updated in in 1962. However, former president Trump, according to an article in CNN Business, wanted the colors to more closely resemble the American flag. This would change the scheme to red, white, and a darker blue that would have likely coated the underbelly of the plane. The color is also more in line with what’s used on Trump’s personal jets, the article reported, however it could have dangerous implications for a POTUS.

Part of the plane’s purpose is to keep the president safe, even in case of a nuclear attack, and to allow communication between the president and forces elsewhere. The dark blue, according to an air force technician, could actually overheat some of the more sensitive components on the plane. It would require some costly alterations to work around it.

Supply chain issues
There are already some issues with the new Air Force Ones, which are behind schedule and over budget. Boeing, the airplanes’ builder, has been citing COVID-19 as one of many reasons why it can’t find workers with sufficient security clearance to work on some of the more sensitive features of the plane. In fact, the delays, many due to supply chain problems, may push the planes’ completion back to 2026, beyond the projected retirement date for the current version, set for 2025.

“Employees must meet stringent security requirements to work on the VC-25B [the military version of the Boeing 747] program because of its presidential mission,” states the United States Government Accountability Office. “VC-25B officials said that Boeing continues to work with the program office to improve the prescreening process for applicants to ensure timely processing of security clearances.”

Since painting is one of the last activities these planes see before being pressed into service, chances are a color scheme will be decided on before the sprayer hits the bucket, so a repaint wouldn’t be necessary.
Thanks to the findings of the Air Force, the Biden administration has scrapped plans to update the paint job. An article published by Politico but picked up by several other news services quoted an administration official as saying “The Trump paint scheme is not being considered because it could drive additional engineering, time and cost,”

Why is it blue?
An article on Executive Flyers notes that President John F. Kennedy had the biggest hand in the colors used on the plane even these 60 years later. At the urging of his wife Jackie, he collaborated with famous industrial designer James Loewy to work on a new look for the upcoming new plane. According to the article, blue was Kennedy’s favorite color, and so it was adopted for the newly built aircraft; from there, while there’s no laws or rulings that it must stay the same, tradition has kept it with that design until the attempted changeover from the Trump administration. Kennedy also instituted the font used on the plane, noting its similarity to the lettering of the Declaration of Independence. Prior to that redesign, according to CNN Style, the color scheme included red, orange, and black, a military look Kennedy wanted to change.

We can paint it. Easier than most gov jobs. 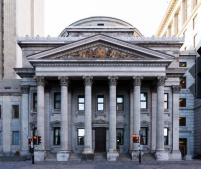 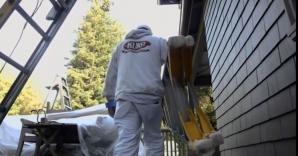 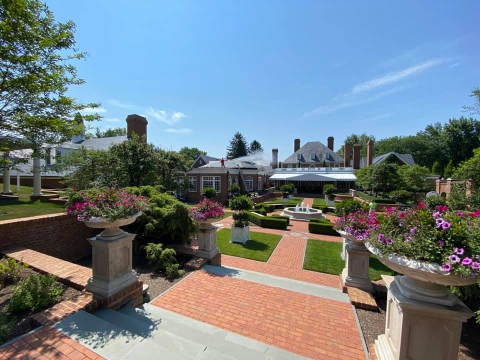 Jobsite of the Week: In the Garden