Trust is important, says painter Carina MacDonald. If you’ll be working in somebody’s house, especially if they’re not there, they need to trust you’ll leave it in at least as good a shape as when you got there and not help yourself to treasures and keepsakes. One experience in particular, she thought, was a true test of valor. “It was just me and the tile guy working in a huge house, and it was funny — there they had a family-sized packet of toilet paper sitting on the landing upstairs. This was during the toilet paper shortage. We were joking that it was just an honesty test.”

Being a painter can put you in the most intimate corners of a house, and MacDonald has found all sorts of things she’s kept quiet about: some long-held family secrets, some other embarrassingly unmentionable items, and once she came across what turned out to be a couple’s valued engagement ring behind a piece of furniture.

“We moved this big dresser out in the master bedroom, and there was a diamond ring wedged between the dresser and the wall,” she said. “The rock was so big, I just assumed it was costume jewelry. I left it on top of the dresser and the guy called me when they got back and he said, ‘Where did you find this ring?’ Turned out it was his wife’s engagement ring and they had no idea what happened to it.”

MacDonald has been painting since the 1970s; she grew up internationally, went to high school in Scotland on the Isle of Skye and then studied at the Glasgow School of Art and Architecture, where she got her degree with commendations from the mural department. “I like working on a larger scale,” she said. After graduation, she moved to California to stay with family, learned to drive and took a job as a security guard. “That job was awful,” she reported.

Her painting career started on a whim with a friend she met at a party in San Jose. “We were both 21, and we started talking about all the cool Victorian homes in the area. We were driving around one day and saw this big old Italianate Victorian that was an office for a realtor and property developer. So I went in and I said, ‘I’d love to paint your building.’ And they said ‘Cool’.”

MacDonald and her friend had no idea what they were doing; they lost money purchasing product and renting equipment — they needed some scaffolding to hit up that third story — plus they had no inkling about the dangers of lead paint. “We painted the three stories with three colors, a butter yellow and then royal blue and white trim,” she recounted. “We struggled through, and we ended up getting in the San Jose Mercury News above the fold on the first page.” From there, the realty company hired the duo to paint a whole portfolio worth of properties in downtown San Jose: apartments, offices, restaurants … word got out. They hired a young man to work for them, and of course, in those days, people got it wrong. They all thought he was the boss.

Eventually her partner moved on, but MacDonald developed a love of painting, and she’s still at it practically a half century later. She spent time in Colorado after California, and for the past 21 years has lived in Flint, Michigan, which, she tells us, isn’t as bad as you might hear. “I haven’t had any problems whatsoever living there,” she said. “There have been a lot of improvements in downtown Flint. There are restaurants, galleries, art tours, the farmer’s market… One thing I like about it is that there are tons of parks. The Flint River Trail is awesome. If you like outdoorsy things, there are biking trails, parks and golf in and around Flint. And it’s cheap.”

Originally, she relocated there with a love interest, as we call it in showbiz, but as that faded, her interest in the city and her work grew. “I love the challenge that every job is different. I can go from a 150-year-old church to a little $40,000 Flint house to a two-and- a-half-million-dollar mansion all within a month,” she said. “The last little house I did was a for little old lady on disability. I knew she didn’t have a whole lot of money, so I didn’t charge her that much. I made her front room and the kitchen look beautiful.”

The secret of success: Be nice

At this point in her career, she pretty much works alone, but she will hire others if a job demands it. She values her independence. “Over the last couple years, I had a really bad experience with one guy, and I thought, you know, I am tired of being mom, therapist, taxi, bank, the person you call when you need to be bailed out of jail because you got picked up for not paying your child support…” she said. “I made a decision: that’s it. I’m working by myself. I can pick and choose my jobs, and I don’t have to worry about keeping other people busy so they can pay their bills.”

With her reputation in the area, Mac- Donald’s work all comes from references and word of mouth. “I’m very detail oriented,” she said. “I’m also likable. I don’t mean to sound vain, but I think that’s part of it. People really have to trust you in their homes. Another job that I recently finished was this beautiful Victorian home in Fenton, just south of Flint,” she said. “The owners wanted work done while they were gone to California. The way they found me was I started chatting with the homeowner at the paint store, and it turned out we had both lived in Santa Cruz, California. I went over and looked at the job, and they said, ‘We’d love for you to do it.’” It was a big kitchen, and MacDonald got to work, sending the couple daily updates with photos of her progress and the helpers she hired for this job to assure them that everything was going according to plan. “I think being approachable and being trustworthy are pretty danged important,” she said.

Versatility also deserves a hero’s welcome, she adds. Her time in Colorado, for instance, was spent painting apartments. MacDonald knows that a lot of painters look down on that skill, but Carina feels it has helped her throughout her career. “I think it made me hella fast!” she said. “I mean really fast, very efficient. I could carry everything in my five-gallon bucket — I called it my five-gallon office. I had just what I needed and no more, no less in my bucket. I have had interactions with painters who say ‘Well, I only do high-end jobs.’ But I think there’s value in being versatile.”

Apartment painting, combined with her knowledge of house painting, decorative painting and a good deal of staining and wood finishing made it much easier for her to remain successful and make it through hard times such as the recession and the pandemic.

In off hours, MacDonald enjoys getting out in nature; it’s a place for her to recharge and even put herself back in the mindset of getting to work on a hard day. She likes birds and photography, which results in some pretty cool photos. She takes care of her dogs and spends a lot of time keeping up with family and friends from across the country. As much as she says her heart’s in the West, she’s committed to Flint. It’s affordable, and there’s no need to walk away from 21 years of building a successful business and a client base. “It’s the longest time I’ve ever lived in any one place,” she said. “I’ve got friends, I’ve got routines. I’ve got clients. I love the four seasons. I’ve got no more moves left in me.

“I’ve been thinking about getting back into volunteer work,” she continued. “I was in dog rescue, and I spent six years as a sexual assault crisis counselor when I lived in Denver. I volunteered at the YWCA, and I was a hospice volunteer here in Michigan. But the last couple years, I haven’t been volunteering, and I’ve been thinking that I need to get back into doing some kind of volunteer work. It makes me feel good. I think COVID upended a lot of things. A lot of things we used to do — go out to eat, go to movies — we don’t do as much anymore.”

After these many years in business, is retirement on the horizon? Well, no, and never. “They’ll have to bury me in my whites. That’s what I’m hoping for.” APC 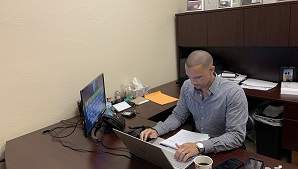 Getting Your Business Ready for Sale

Selling a business can be a difficult and often personal process… 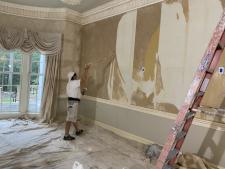 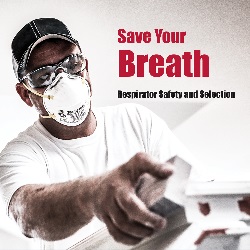