Theft, Near Brawl, Confusion on Jobsite

At a luxury property far outside Dallas, a homeowner hired two painting contractors to paint his homes. But he didn’t bother to inform either contractor of the bizarre situation. The results were as chaotic as you can imagine – equipment theft, painters jumping ship, a near fight and invoice insanity.

The wealthy homeowner was spending two months out of the country, during which he wanted his entire estate repainted – a main house, pool house, guest house, barn and “car cottage.” For Derrick Starrsby of Paintlite Right, one of the two contractors, he said he’s never experienced such confusion on a jobsite. Starrsby has worked for the homeowner for nearly a decade, so he was especially surprised to learn his customer was using another painter.

“It was insane from Day One,” said Starrsby. “Total confusion and near disaster.” First day on the job, Starrsby’s crew was beginning work on the main house. Then one of his painters asked him, “Who do you have working on the pool house?” “I was like, what are you talking about? We’re the only crew. But then I look across the way, and sure enough, there’s a bunch of painters working on the pool house!”

Starrsby walked over, finds the contractor and, long story short, they both say they’ve been hired to do the job. “It was like a scene from a movie,” he said. “We were both demanding the other is a moron. It was crazy.” Starrsby eventually contacted the homeowner to clear things up. “I was nervous, because I didn’t want to sound like a fool. What am I supposed to say? Hey, which of us did you hire? I didn’t want to risk losing the job.”

The homeowner didn’t offer much of an explanation. “He just shot me a text saying Yeah, I hired both. You’re painting main and guest, he’s painting the outs,” said Starrsby. “That’s all he said. So we just had to make the most of a bad situation.”

“How does that happen?” exclaimed Starrsby. “After the sprayer thing, I talked to the contractor. I didn’t want to accuse him of stealing, and he acted like it was all just a misunderstanding. Maybe it was. He said he’d tell his guys to be more careful. But they used our sprayer the entire afternoon, and they returned it without even cleaning it. Seriously…who does that?”

Things calmed down briefly, but then in week two of the enormous job, more trouble brewed. During one of Paintlite’s morning meetings on site, one of his painters said the “enemy” contractor asked him to come work for him…to jump ship and start painting the same job for the other contractor. “And then one of my other guys was like yeah, he asked me the same thing,” said an astonished Starrsby. “Are you kidding me? You’re trying to poach my painters?”

Starrsby was furious and about to go find the contractor and “raise hell,” but his foreman calmed him down. “I had to keep reminding myself that this was one of my best customers, and I had to keep the peace. And you know what they say: Don’t wrestle with a pig, because you’ll both get dirty and the pig will enjoy it. And let me tell you…that guy was a pig.”

Starrsby got a bit of revenge later in the week – a painter from the competing company approached Starrsby and asked for a job. The employee complained about his boss and said he’d like to work for a good company. “Yeah, that was crazy but also a compliment. I definitely didn’t hire him. I didn’t want to make things even worse, but yeah, it felt good.”

The crew was able to finish the final two weeks of the job with only one more incident. During lunch one day, some trash-talking erupted between the two crews. “I wasn’t there, but apparently it got pretty hot, like both dugouts emptying in a baseball game,” said Starrsby. “I think my veteran guys stepped in and put an end to it. Can you imagine if a brawl broke out?”

When the homeowner returned to town, and Starrsby submitted his invoice, there was yet another shocker: “That guy tried to claim some of our work,” explained Starrsby. “The homeowner said the staining of the deck appeared on both invoices. Unbelievable!” Fortunately for our contractor, he was able to provide the homeowner with photos of his crew staining the deck.

In the end, Starrsby got paid in full, retained his longtime customer (and his employees), and located all of his equipment. The homeowner apologized for the confusion and said he simply thought there was too much work for Starrsby to complete it in time, so the homeowner hired the second painter.

“Looking back, sure, it’s hilarious,” said Starrsby. “But at the time, I thought I was going to lose my mind. It was terrible. And now, whenever I see that guy’s van, I just shake my head. I don’t want anything to do with him. But really, I just want to thank APC for writing this awesome April Fools’ Day article.” 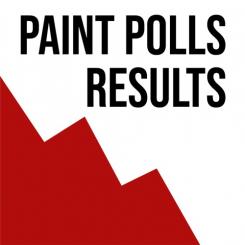 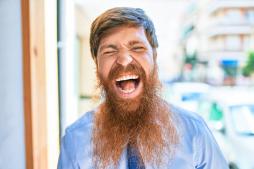 You're Wrong About Customer Financing

Love it or hate it, many painting contractors have strong feelings… 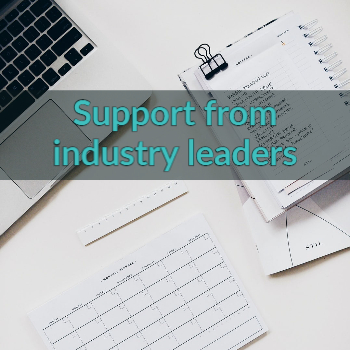 Your Link to Covid-19 Protection