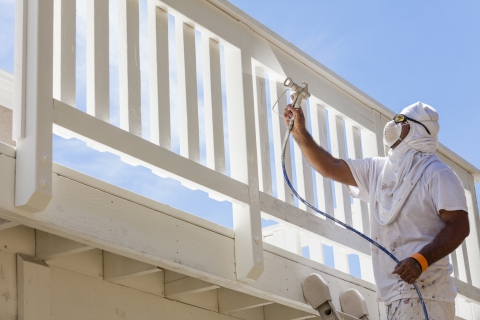 Safety has a lot of enemies – stupidity, greed, disinterest and dishonesty, for example – but for our purposes, we’ll go with the seen and the unseen. What you can see is,  “Don’t climb up there, there’s a hole in the roof!” The second is along the lines of, “Caden and Arthur are sneezing and it’s getting all over.”  Yuck? You bet. A talk with IUPAT safety director Anton Ruesing gave us the lowdown on safety issues you can see – easy to spot, and those you can’t – easy to inhale.

We’ll start with the very small elephant in the room: harmful particles too small for your eye to register that try to sneak into your body wherever they have an opening. Whether it’s COVID-19 related or not, according to Ruesing, as sure as the air you breathe, there’s stuff in that air that can pose as much or more danger as a shoddy roof job. Just because you can’t see it doesn’t mean it’s not serious.

“Respiratory protection gets overlooked quite a bit,” said Ruesing. No one wants to wear a respirator – it’s not fun or fashionable – but it beats dying. However, particularly in this time of uncertainty, when every time you hear something about COVID-19 you can tune in someone else and hear just the opposite, it’s best to play it safe with your crew.

“We know this virus is airborne, and we know the six-foot guidance that everybody’s been talking about isn’t enough,” said Ruesing. If a crew mate
lets out a good cough or sneeze, it might just ride the wind into the next painter’s nose. Gross, but true. “There are studies saying that this virus can potentially attach itself to air pollution and stay in the air for several hours, so putting people in appropriate respiratory protection would mean wearing a minimum of an N95 mask,” he said. 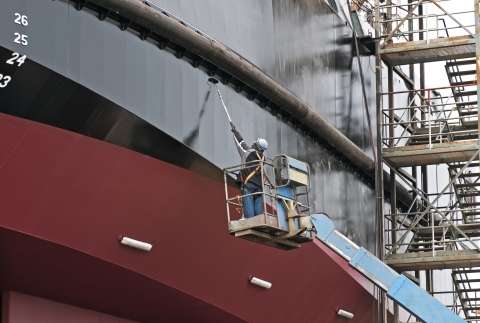 Unfortunately, it’s not always easy to get an N95 these days. That might mean having fewer workers on the job, and that the job takes longer. “You can’t put people out there unsafe,” said Ruesing. “As an analogy, let’s say there’s
a nylon shortage and you can’t put people in a harness, so instead you just tie a rope around their waist and put them up on scaffolding. That’s what we’re asking people to do right now.”

A bandana isn’t going to give your team the protection they need, but neither is using an N95 incorrectly, so make sure your crew is trained. Ruesing notes that it’s illegal to stick a painter’s face in an N95 without proper instruction. “There are a lot of hazards that are associated with wearing a respirator improperly that make it just as bad as some of the hazards that you’re trying to protect yourself from,” he said. Even though an N95 looks a lot like a dust mask, it’s a respirator, and using it improperly can lead to serious consequences due to its wearer not getting enough oxygen, Ruesing explains. It also requires fit testing to make sure it seals properly over the face.

And about that bandana over your mouth: It’s not the solution. “Those kinds of face coverings could potentially protect other people from COVID-19, but not the people that are wearing them, so there’s a bit of false sense of security,” said Ruesing. “If you put a bandana around your mouth or you wear one of those high elastic bands or something similar, you’re not protecting yourself at all. If you sneeze or if you cough, you’re potentially slowing down the particles coming out of your mouth. It might help protect other people, but it does nothing for you. If COVID-19 is in the air and you breathe in, it’s going to go right through that mask.”

Time to take a stand

Part two of this is not falling. Don’t slip, don’t slide, don’t slip slide away and don’t put your painters in a position where they can. A lot of people, Ruesing explains, don’t recognize a hazard unless they’re trained to see it. “Your average
person, before they get into working in construction and start taking health and safety classes, doesn’t recognize what hazards are out there,” he said. “They don’t know how to protect themselves or how to read the standards.”

The other problem, which people will choose to see or not, can be a business owner who pushes too hard – “Let’s just get this finished and move on to the next phase.” Safety protocol can cost more and slow a job down, but not nearly as much as a fatality and a lawsuit. Ruesing believes that the industry as a whole needs to step up. “I don’t think as an industry we’ve done enough to train workers how to recognize hazards and how to be safe on the job. We at IUPAT probably do it better than anybody. I’m happy to toot our own horn – but I still think we can go even further. I think there needs to be more health and safety training so that people know what they should do to protect themselves so they can require that or ask for that for their contractors. Contractors need to make the GCs aware of it so the GCs know what they need to do to keep their workers safe.”

Eventually it’s up to the crew itself to say something if nobody else will – if a crew member doesn’t feel safe, says Ruesing, he should speak up. The chances of OSHA showing up randomly and slapping the boss with a fine are a lot less than they used to be, as the agency is underfunded and has substantially fewer inspectors than in years past. If you’re in a union, having your rep help explain the problem to the business owner can help, says Ruesing, adding that in the majority of cases contractors and bosses want to do what’s right to keep their painters safe.

A huge enemy of safety, along with rushing through a job, is overconfidence. If someone’s been doing it “the wrong way” for a decade, they probably won’t feel a big need to change now. If it’s the end of the day and someone needs to “run up there and do one more spot,” are they going to put all that gear back together? “I’ve hurt myself more at home than I ever had on the job, because at home you kind of feel like you’re safe,” says Ruesing. “You feel like something bad is not going to happen to you, but you need to exercise safety on the job, at home and anywhere you go. People start to feel like it’s going to be OK if they just run up there for a minute, pop that or paint that or touch that up.”

And most likely it will be, but it only takes one fall to change a life. Be safe. 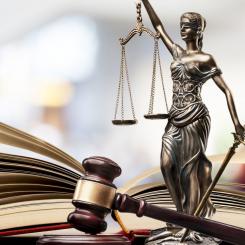 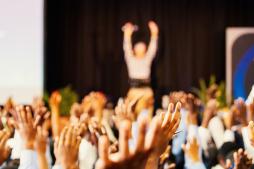 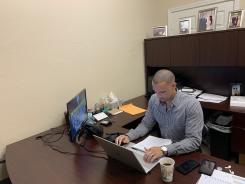 Positioning Your Painting Business for Sale 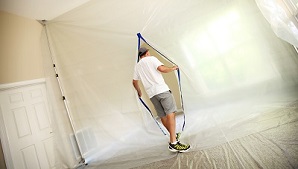 Containment on the Jobsite

When Covid-19 hit the U.S., the painting and construction…