Sherwin-Williams beat estimates for Q3, generating record revenue for the quarter following a Sept. 6 price increase of 10%. Revenue was up 17.5%, to $6.05 billion. Net sales from U.S. and Canada stores open at least a year were up nearly 21% for the quarter.

“Our margins improved as a result of pricing actions across all businesses and volume increases in all architectural paint end markets in The Americas Group,” said Chairman and Chief Executive Officer, John G. Morikis.

“In The Americas Group, we continued to capture strong demand across all professional architectural markets, as same-store sales increased 20.7% in the third quarter, and we are seeing strong realization from our September 6th 10% price increase.”

“We expect the strong positive results we experienced in the third quarter to continue into the fourth quarter, driven by continued momentum in both The Americas Group and North American industrial end markets, continued price realization, good cost control, and softer year-over-year comparisons,” said Morikis.

they are over priced they stick it to contractors as well as retail customers. People have no clue how bad of a company they really are. They are great at marketing. I have proof that other brands are superior. You are over paying for a name.

Not only did they give us a 10% increase but September 1 we got an additional 15% increase.
We have been loyal customers for many years.
Very unhappy customer.

As a Commercial/Industrial Painting Contractor since 1978, I wish I could raise my prices by the same percentage that The Sherwin-Williams Company has done over the past couple of years.

They're are good at buying up the competition and then shutting them down or producing a less than satisfactory product. Ex. Columbia Paints/Purdy brushes.

Every time I get an increase from these guys they blame it on an increase in raw materials. Obviously, the real reason is corporate greed. I also think they are driving the price of their own stock down and buying it up.

S & W sales increase after sticking it to customers!

I was born at night but not last night! I too have left Sherwin Williams due to their unconscionable price gouging and the Biden created economy and record inflation. Maybe Mr. Morikis makes profit by selling one gallon of paint for $70. instead of two gallons for $35. each, less quality, less quantity, less labor cost =more profit. HEAR THIS! I JUST RECEIVED MY UPDATED PRICELIST FROM MY PPG SALES REP HERE IN INDIANAPOLIS. ON AVERAGE I CAN BUY COMPARABLE OR BETTER PAINT FOR $10.-$15. LESS PER GALLON THAN S&W. THIS IS EVERYDAY PRICING. IF I BUY LARGER QUANTITIES FOR LARGE JOBS THERE IS ADDITIONAL PRICE BREAK. I DON'T KNOW BUT MAYBE SHERWIN WILLIAMS LEARNED THEIR ECONOMICS FROM THE CCP BUT CORPORATE GREED IS APPARENTLY THE ORDER OF THE DAY!

Here in Indiana I can buy PPG Paints, better quality or comparable to Sherwin Williams brands for $10-$15 cheaper than SW cost. I am a painting contractor and have used both paints for decades and I know that what I am buying is legitimate. The suspicious cost increase is not the only issue with Sherwin Williams. As a Quality Control individual I am concerned about SW paint and their lack of transparency re: ingredients. Also, SW's service is less than what we expect from a vendor. Lastly, Sherwin Williams' diminished appreciation for painting contractors is unacceptable.
There are vendors that want and appreciate my business and I'm buying from them. PPG mainly, also Benjamin Moore. At PPG my professional merchandise rep keeps in touch with me and stands ready to do business. I cannot say the same for Sherwin Williams, the rep tells me I am getting a good price then raises it also I sent a "Happy Thanksgiving" text to my SW rep and received a form text stating that the rep is on indefinite leave and instructing me to go to the nearest store if I need assistance. This comment is not meant to harm anyone,I merely am reporting that I appreciate the painting contracting business. I do not feel it is unreasonable to expect any less from my vendors. 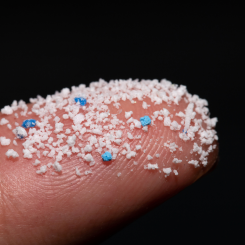