Kelly-Moore Paints, founded 76 years ago in San Carlos, California, has been acquired by Flacks Group, a global investment firm based in Miami, Florida. This purchase includes the company’s 157 retail stores in states such as California, Nevada, Texas and Oklahoma as well as its manufacturing facilities in Hurst, Texas. Kelly-Moore sells in eleven states total, mainly in the west and southwest, and also in Guam.

While the company serves the contractor and DIY market, with a slogan of “The Painter’s Paint Store!” it is mainly geared to the pro painter as ninety percent of its sales are to professional contractors and the trades. With approximately 1,200 employees, the company generates about $400 million each year and is named the ninth largest paint company in the US.

As can be expected, there is optimism for this acquisition on both sides. “This is an exciting time for Kelly-Moore Paints,” said the company’s Steve DeVoe. “Our customers are at the center of everything we do and under the ownership of Flacks Group, we will have the resources and ability to continue to innovate and deliver the best products and experiences to our customers in the professional paint industry and remain highly competitive in the marketplace.”

According to the article on Business Wire, Flacks is known for taking chances on companies that other investors pass up or may feel have fallen out of favor, and the company expressed excitement about the opportunities with Kelly-Moore. “Kelly-Moore Paints is a true legacy brand that resonates across multiple generations,” said Charles Gassenheimer, managing director at Flacks Group. “Since 1946, the company’s high-quality products have exemplified American manufacturing and its exceptional service has earned the company a loyal customer base.”

Poised for growth
According to industry consultant Mark Lipton, former paint retailer and now an industry reporter at www.markliptonpaint.com, an interview he recently conducted with someone familiar with Kelly-Moore stated that the company had recently put plans in place to expand its presence in the independent dealer market, which will allow pro painters more access to the brand. As of now, while some independent dealers carry the brand, it is largely available in company stores. Lipton observes that traffic in the independent channel has risen significantly over recent years, while the brands available to independent dealers has decreased, and that this acquisition may be part of the brand’s plan to take further advantage of that change.

An article in the Mercury News agrees that the company is poised for expansion, stating that the investment dealer “positions the paint firm for plenty of growth,” adding also that the acquisition erases some of the company’s significant debts. The article further stated what while it can be expected to move the brand ahead, Flacks had not yet revealed any specific plans.

A recent Business Wire news article continued that the company announced  Leadership Changes as Gassenhemier was named CEO of the company, while DeVoe will take on the role of President and Chief Revenue Officer. The two plan to work together on an expansion program.

According to an article published on Company History, Kelly-Moore was founded in 1946 by William E. Moore, a Glidden sales rep, and William Kelly, a retired superintendent from Glidden interested in mixing the paint. The company was successful right off the bat as it emerged during a housing boom after World War II, and it earned ten times its projected profit in its first year.

What are your thoughts? Do you use Kelly-Moore? Let us know in the comments below.

I have had an account with Kelly Moore from around 1973. It is the painters paint store.
Kelly Moore is about 80% of our buying brand. Love it and looking forward to more growth.

Kelly Moore has been our premiere supplier of paints and related sundries for the last 35 years. The prices half always been competitive and support was a phone call away. Hopefully with new ownership and the relationship will only get better. 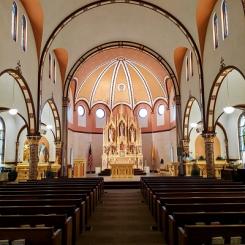 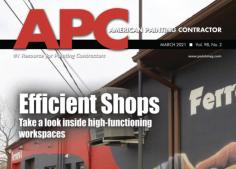 Does your shop look like a scene from Hoarders?
Read Now 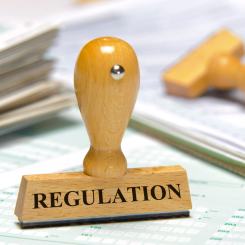 Earlier this month, the Biden administration introduced a new… 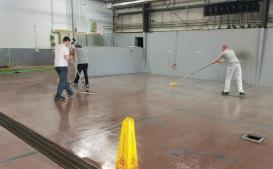